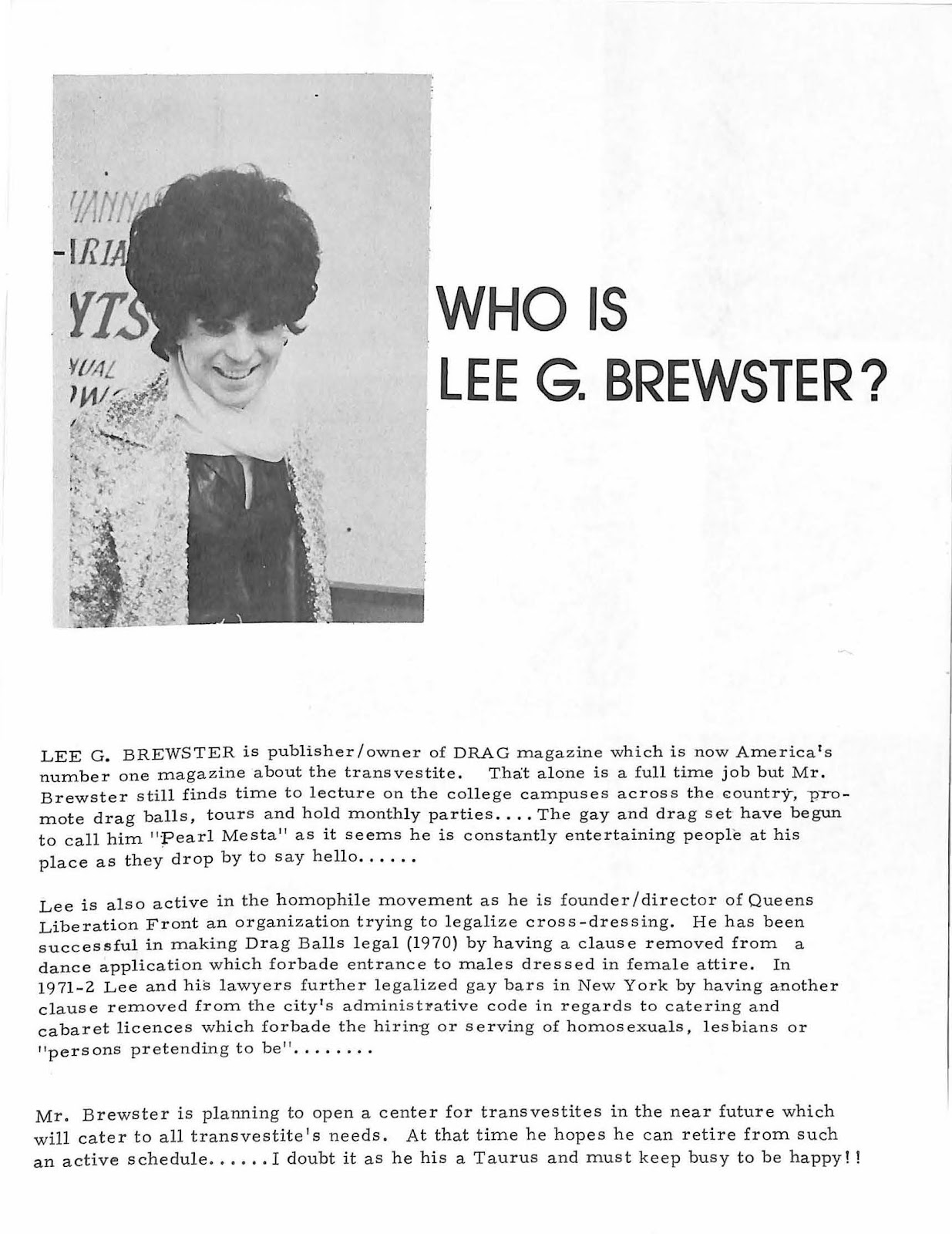 Lee G. Brewster (1943-2000) was an American drag queen and crossdressing activist. Within the DTA, Brewster appears as a creator for the Lee G. Brewster’s Mardi Gras Ball Collection and as the editor for Drag magazine. Part of Brewster’s activism work includes founding the Queens Liberation Front in 1969, which fought against drag and crossdresser discrimination both in New York law as well as within the New York LGBTQ+ community. The Mardi Gras Balls were annual drag balls hosted in New York City by Lee G. Brewster, and this collection contains two programs from 1972 and 1974. Drag magazine focuses on drag queens and other related topics such as drag balls and civil rights demonstrations.