"This recently-discovered painting from eighteenth-century Naples is a testament to the city's exceptional social acceptance of local transvestites known as femminielli. The term, which might be translated "little female-men," is not derogatory, but rather an expression of endearment. Femminielli come from the Spanish Quarter, the most impoverished neighborhood of the city, as is evidenced by this individual's missing tooth and goitre, a hereditary condition among the poor. Although femminielli cross-dress from an early age, they do not try to conceal their birth sex completely. Rather than being stigmatized, they are deemed special and are accepted as almost a third sex. In particular, femminielli are thought to bring good luck, so Neapolitans often take them gambling. This association is represented by the necklace of red coral, which is also thought to bring good fortune. Neapolitan genre paintings frequently feature a grinning figure to engage the viewer. Here, we are invited to consider the artist's playful inversion of traditional views of gender, which contrasts the pretty young male with the more masculine femminiello. Owing to social prejudice, transvestites were rarely depicted until the modern era. In spite of Neapolitan acceptance, this is the only known representation of a femminiello before photographs made at the end of the nineteenth century." 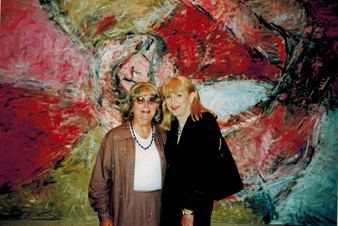 Alison Laing and Rikki Swin Pose in Front of Artwork 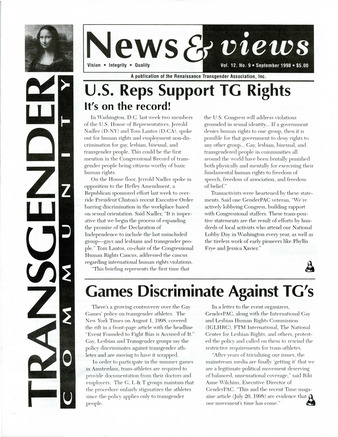 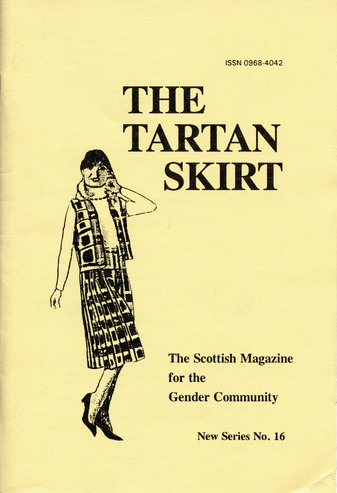 The Tartan Skirt: The Scottish Magazine for the Gender Community No. 16 (October 1995) 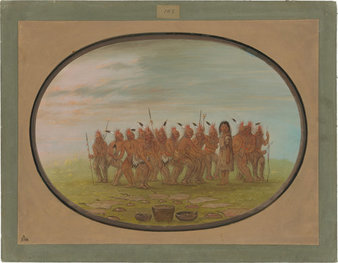 Dance to the Berdache - Saukie 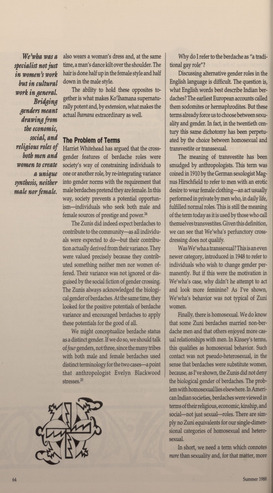 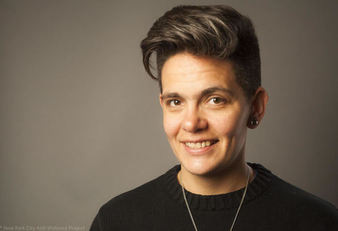