Shows two men, one in jacket, hat and cane; the other dressed as woman in shorts and tights. Stamped on verso: "20th Annual Olympic Club Track & Field Meet at San Quentin prison, c. 1920." Annual event sponsored by the Olympic Club of San Francisco. Prison inmates held a field and track day. 1933 was 20th and consisted of some 29 athletic events, stunts, chorus girls and vaudeville acts performed by prisoners. Was sponsored by Frank G. O'Kane of the Olympic Club. Some 5000 inmates attended. 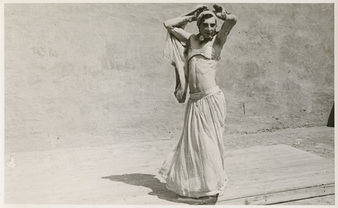 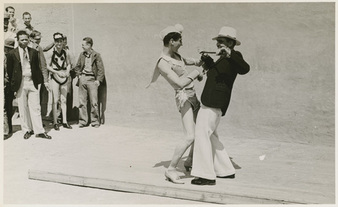 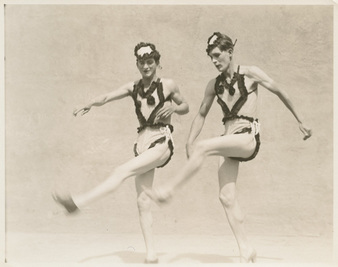 Two Men Dancing Side By Side 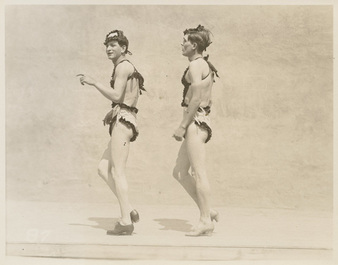 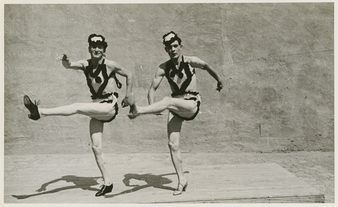 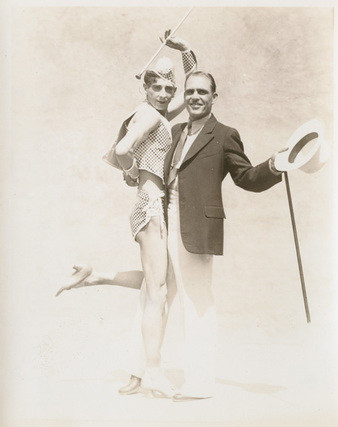